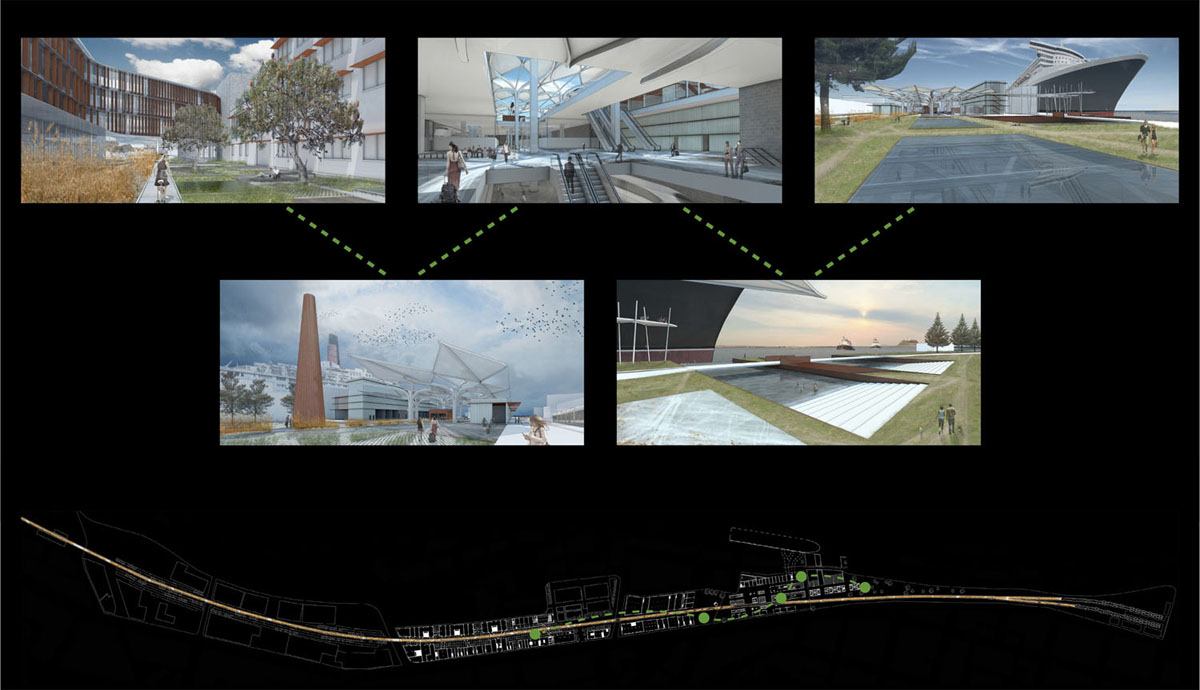 The following is my final design for a VFT Station at Newcastle, a project given to us in second semester fourth year. 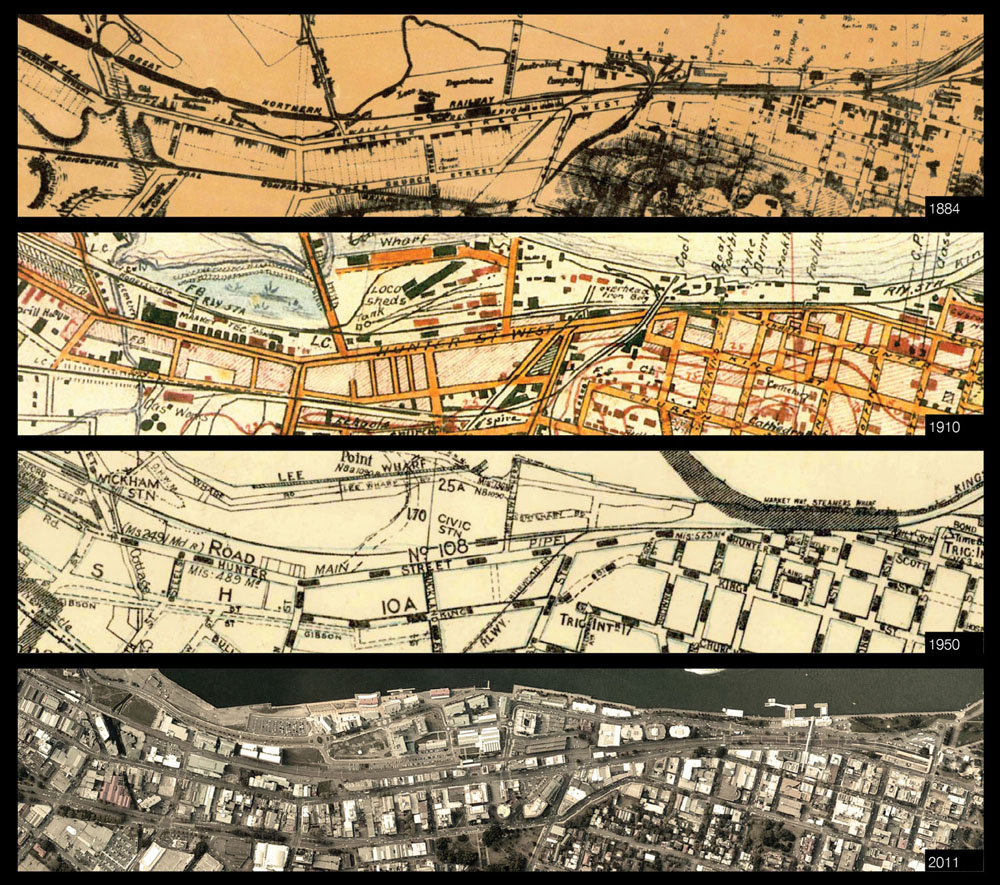 Historical maps of the site provide clues the development of the city of Newcastle and its transportation networks where the railway lines are clearly articulated as arteries dissecting the city. These maps also reveal the extensive infill and reconfiguration of the harbour shoreline.

My proposal establishes the intersection of Darby, Crown and Hunter Street as the true centre of Newcastle where the city is understood as development of railway lines which converged on this site. Therefore, I have extended the site boundary eastwards, demolishing a few buildings that severely undervalue their site in order to retain the existing fine grain of older buildings along hunter street further west.

The project also recognizes that the existing rail corridor forms the historical boundary of public access to the harbour due to heavy industry on the northern side of the tracks – a boundary that lingers with the commercial developments that have since been built. The masterplan transforms the existing rail corridor into a pedestrian route that will connect the foreshore to the future CBD west of the site. Distinct landscaped zones will provide variation and reference points along the track. These zones will interpret the previous conditions of the site, reestablishing the historical terrain.

The introduction of a VFT station is planned to kick start a revitalization of the Newcastle CBD. It is intended that this will be further boosted by the University of Newcastle relocating the bulk of its facilities into the CBD. To this end, the masterplan incorporates a School of Business, the first faculty slated for relocation. The new school attempts positions its main lecture theatre to engage the existing public square.

View looking east toward the bridge that links both sections of the proposed School of Business.

The path of the existing rail becomes a pedestrian route, it’s centreline planted with reeds where people can tread their own desire lines in response to the relentless debate over the east-west railway line.

The station becomes a true transportation hub, moving the existing heavy-rail underground along with the very-fast trains, reinstating the light-rail network, and provision for an overseas passenger terminal connected by bridges where the original coal shoots stood. The architecture begins to record the movement of the site as both a way-finding device and homage to this historical place of  intersection. The station floor is lined in steel, rusting and polishing to reveal the movement of people, an echo of the former Burwood line across the site.